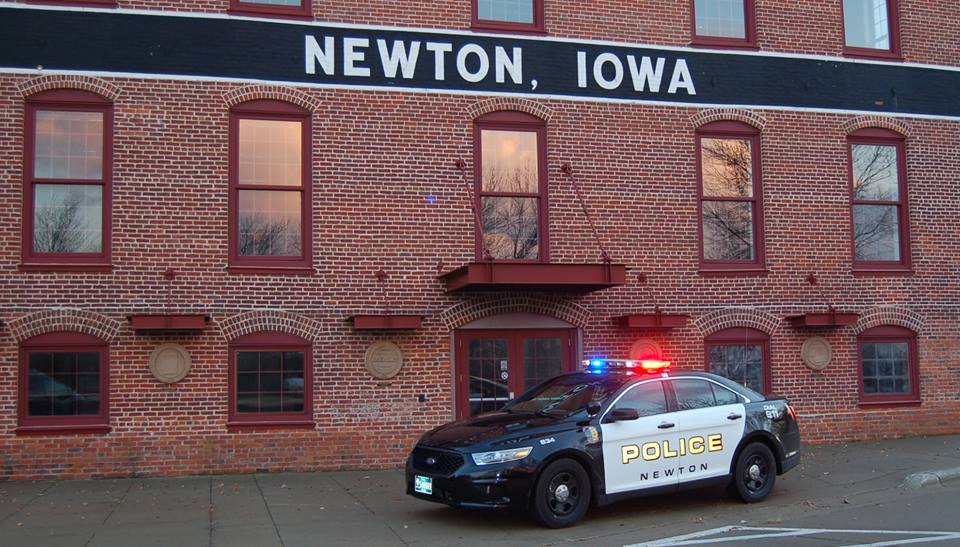 The uniformed Patrol Division consists of four Lieutenants and 14 Police Officers whose primary responsibilities for law enforcement duties include patrol, traffic law enforcement, accident investigation, preliminary investigation of crimes, calls for public service, and maintaining the general health, welfare, and peace in the community. Annually, department personnel respond to over 15,000 citizen calls for service and investigate over 2,000 reported crimes.

A Traffic Safety Officer (TSO) position was created in April 1993 and works within the Traffic Safety Unit for the purpose of directing both educational and enforcement efforts related to traffic safety issues, primarily in the area of awareness for the impaired driver. This position has helped all Newton Police Officers to focus more closely on traffic safety issues through increased enforcement and education. Since 2002, the Newton Police Department has certified four (4) officers as Child Passenger Safety Technicians and currently has three (3) officers certified as Child Passenger Safety Technicians. The Newton Police Department also continues to utilize a Patrol Officer that is trained as a Drug Recognition Expert (DRE) and is also trained to identify drivers that are operating under the influence of narcotics and/or alcohol.